← more from
Redefining Darkness Records
Get fresh music recommendations delivered to your inbox every Friday.
We've updated our Terms of Use. You can review the changes here. 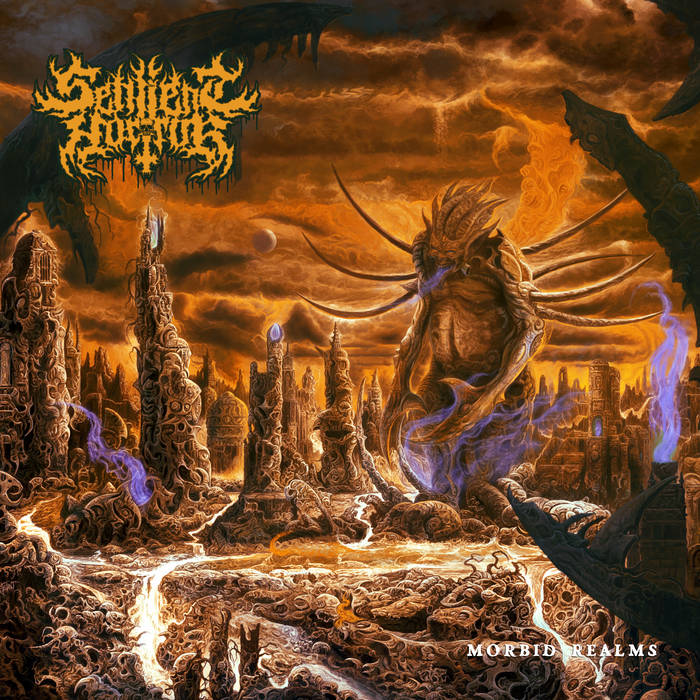 mourner Everything is said about this masterpiece of catchy and fast death metal, done the Swedish way. I'll just add this: do yourself a favour and get this 🤘

" It's a dynamic rager from a band who seem determined to take on the world. With flashy guitar lines roaring out over chainsaw guitars, Sentient Horror show their songwriting has only improved with this latest effort. ‘Call Of Ancient Gods’ acts as a logical growth on the previous work from the band. There is an intensity here that fascinates the listener. By the time the track wraps up it’s clear that Sentient Horror have unleashed a bona fide pit starter."
- Matt Bacon, Metal Injection
metalinjection.net/av/new-music/sentient-horror-bring-death-metal-insanity-on-new-track

"Sentient Horror are an intense listen, and moreover a fun one. They are a band who careen forward with breakneck rhythms and flashy leads. They are aware of the inherent fun of death metal, but their approach remains very serious and down to earth. Morbid Realms is a banger, it's vicious and over the top. The scream that kicks off album opener Call Of Ancient Gods lets you know exactly what you are in for and it's hard not to be enamored. So join us in the bloodthirsty pit, you know you're going to love it."
- Two Guys Metal Reviews
www.twoguysmetalreviews.com

"With an excellent recording of just over forty minutes, the band presents an immediate and permanent ferocity - the album displays, through its strenuous riffs, through the attack on the rhythmic base, through the intricate ones alone and the ominousness in the voice, an exuberant dynamic, only heard in the most finished works of death metal today. Directed towards the development of a very precise idea in each of them, this collection of songs presents a pleasant and very well structured range of sound details; Of course, with speed and technique as fundamental guidelines. We have pieces with moments of delightful baroque, very close even to technical death; others, on the other hand, lower the decibels in certain passages to better project the idea sought through very intelligent phrasing; some present a more accentuated debauchery, in a chaotic appearance, and, therefore, for true lovers of extreme music, even more enjoyable."
- RTMB
rtmbmusic.com/reviews/3833/sentient-horror-morbid-realms


Coming hot off of the success of their first European tour and their critically acclaimed EP, The Crypts Below, released in March of last year, SENTIENT HORROR are back with their 2nd full length album, Morbid Realms !!
Regarding the direction of the new album, Founder/ Vocalist/ Lead Guitarist, Matt Moliti states:

Only having been involved in the Mastering of the 1st two releases, Dan Swanö also took on the mixing duties for this album. Juanjo Castellano Rosado, who created the outstanding cover for The Crypts Below EP, was enlisted again to bring Morbid Realms to life with his stunning work. Testimony Records (Europe) and Redefining Darkness Records (N. America) will be offering the album in multiple formats / variants : Digital, CD, Vinyl

Bandcamp Daily  your guide to the world of Bandcamp